The Mini-3D underwater stereoscopic video camera has been specifically designed for use on underwater Remotely Operated Vehicles (ROVs) as used in the oil and gas industry. The camera’s small size makes it well suited for use on small inspection ROVs as well as larger vehicles, and it requires no additional cabling or umbilical capacity. 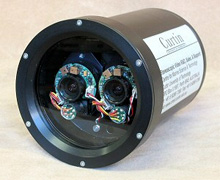 Good feedback has been received from field-usage of CMST’s stereoscopic video systems: “ROV operators really felt the system was the answer to increasingly difficult/complex manipulator tasks.”

The camera has been developed in cooperation with Welaptega Marine Limited (Canada). 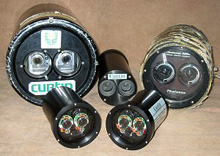